CHICAGO, IL (Jan 27, 2017) — Today, Road to Status officially announces the members of its industry-leading advisory board. Members come from all facets of the technology spectrum and include experts in the fields of software (SaaS), U.S. government and policy, big data and legal technology, social media, and multi-cultural marketing.

“The majority of this advisory team has been with Road to Status since the idea-forming stages of the company. Since our official launch in June 2016, we have been very fortunate to attract and add a handful of software and legal-tech industry leaders to round out our advisory team. These additions will help position Road to Status for our next stage of growth. 2017 aims to be our most exciting year yet, and we are honored to have such an impressive roster of industry leaders advising our business.” — John Demirdjian, President and COO, Road to Status

Below is a complete list of the members of the Advisory Board: A true advertising technology pioneer, Michael laid the framework for many of today’s sophisticated media platforms as early as the mid-1960s. He came to Mediaocean from his role as founder, worldwide chairman and CEO of Donovan Data Systems (DDS), one of Mediaocean’s two founding companies along with MediaBank. Born in Panama and raised in Costa Rica and Peru, Michael graduated from Cambridge University with a degree in engineering. He continued his studies at MIT with an MS in computers and business. After a year at IBM in New York, in 1965 Michael saw an opportunity to go out on his own as an independent programming consultant. Two years later, he started DDS. He is a member of the Board of Directors for The Statue of Liberty – Ellis Island Foundation, an organization started in 1982 by President Ronald Reagan to raise funds for the restoration and preservation of the Statue of Liberty and Ellis Island. Michael is Road to Status’ lead investor and became a U.S. Citizen in 2015. John Torres currently serves as the President and COO of Guidepost Solutions. Prior to joining Guidepost Solutions in 2013, Mr. Torres served as the Special Agent in Charge for Homeland Security Investigations in the District of Columbia and the Commonwealth of Virginia. His professional background includes more than 27 years of experience providing investigative and security management for the Department of Homeland Security (DHS) and the Department of Justice. Mr. Torres has served in numerous senior leadership roles for U.S. Immigration and Customs Enforcement (ICE).  Mr. Torres also served as its Acting Director in early 2008. Prior to leading ICE operations, he served as the Director of the Office of Detention and Removal Operations, the Deputy Assistant Director for Smuggling and Public Safety and as the Special Agent in Charge of the Newark ICE Office. As the founder and CEO of Sprout Social, Mr. Howard is a true innovator in the social media area and manages a team of brilliant people with a common goal. They build exceptional social media management (SMM) software to help Sprout Social’s customers extract real value from social media, delight their audience and embrace the changing ways of social business. Sprout Social, based in Chicago, has grown explosively and employ more than 250 people since its inception in 2010. With its award-winning software, Sprout Social now has over 18,000 customers and counting. Professor Katz is a scientist, technologist and law professor who applies an innovative polytechnic approach to teaching law – to help create lawyers for today’s changing legal job market. Both his scholarship and teaching integrate science, technology and mathematics. Professor Katz’s forward-thinking ideas helped earn him acknowledgement among the Fastcase 50, an award which “recognizes 50 of the smartest, most courageous innovators, techies, visionaries, and leaders in the law.” He was also named to the American Bar Association Journal’s “Legal Rebels,” a prestigious group of change leaders in the legal profession. Professor Katz teaches Civil Procedure, E-Discovery, and Entrepreneurial Lawyering at Illinois Tech – Chicago-Kent and spearheads The Law Lab a new interdisciplinary initiative at Chicago-Kent designed to teach law students how to leverage technology and entrepreneurship in their future legal careers. Outside of his work at the law school, Professor Katz is the Co-Founder and Chief Strategy Officer at LexPredict, a legal prediction and analytics company. Kellogg MBA and D-School design-thinker with a solid entrepreneurial and innovation track record, “connecting the dots” for over 25 years and counting. From 2008 to 2015 John was the Publisher of Hoy, Chicago Tribune´s leading Hispanic print and digital media company. During John’s tenure, Hoy accomplished significant growth despite a declining industry, driving results by diversifying revenue streams (e.g. digital, broadcast, grassroots activations, geographical expansions, and partnerships, always staying ahead of the curve within the ever-changing traditional media space. Aside from significant revenue and audience wins, his unique and innovative leadership style enabled the Hoy team to become the most recognized and awarded media company of its kind; winning an Emmy in 2015 for outstanding TV news reporting, an IRE for database investigating and multimedia reporting and 9 SND’s for several categories, together with multiple other honors and accolades including Publisher of the Year by Portada in 2014. Prior to Hoy, John founded and operated Papel Media Network, a media planning and buying automation and back-office pioneer servicing strategic partners such as Valassis, News America, NSA, multiple ad agencies, and fortune 500 advertisers across the continent.

About Road to Status 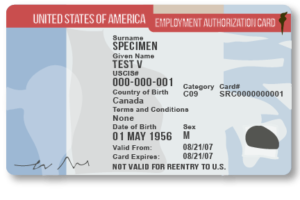 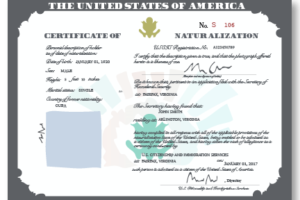